I love poetry. I used to write not-so-great poetry, once upon a time. LOL

These days, I like to share other people's good poetry with people who don't ordinarily find themselves anywhere near literature or poetry. This is an exerpt from Joy Harjo's poem "Remember," which I loved right away, because I always talk to my ancestors when I am researching their lives or writing about them. And I always end with "We will remember you."

"Remember your birth, how your mother struggled
to give you form and breath. You are evidence of
her life, and her mother's, and hers.
Remember your father. He is your life, also.
Remember the earth whose skin you are:
red earth, black earth, yellow earth, white earth
brown earth, we are earth.
Remember the plants, trees, animal life who all have their
tribes, their families, their histories, too. Talk to them,
listen to them. They are alive poems.
Remember the wind. Remember her voice. She knows the
origin of this universe.
Remember you are all people and all people
are you.
Remember you are this universe and this
universe is you...."
Copyright ©1983 by Joy Harjo from She Had Some Horses
Published on Academy of American Poets (https://www.poets.org)

Joy Harjo was born in Tulsa, Oklahoma on May 9, 1951, and is a member of the Mvskoke/Creek Nation.

A Piece of Civil War History in the Family Tree

I have been working on my family's history for the past 30 years or so. And there have been times when it has been more exciting than others.

The time when I discovered my great-grandfather on a passenger list from the Danish West Indies to the U.S. was particularly exciting, because of the stories I had always heard that he had arrived on a ship. But no one knew exactly where in the Caribbean he came from. I had been looking for him in The Ellis Island Database and eventually discovered that he had come in through another port, Castle Gardens, in New York City.

Honestly, after moving to Central America, I had been primarily focused on adapting to my new home and I had not been doing much research. But things have settled down, and in the last year or so I have gotten back into it.

Since Christmas, I've been having a lot of fun. My brother got both of my parents to do DNA testing through Ancestry. They both got their results back. My mother was really excited about seeing all of the people on Ancestry that were identified as "cousins." That didn't interest me quite as much. As far I was concerned they were still strangers.What got my interest was that now Mom had an ancestry account, which meant we could possibly make more headway with the research.

So, while Mom was visiting over the Easter vacation, we spent hours on Ancestry. And we found the draft registration for one relative and actual enlistment and service documentation of an ancestor who had served as a sailor in the Union Navy during the Civil War.

I was so excited that I called the African American Civil War museum
in Washington D.C. to see if my 2nd great-grandfather's name was listed there. Unfortunately, he is not listed because he was a sailor and not a soldier. That was somewhat disappointing, but one day I will get his name on a brick or something there so that his service and sacrifice will be recognized and remembered.
Posted by Holly Anise at 23:25 No comments: 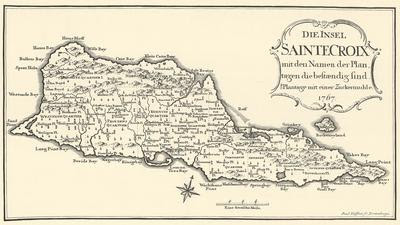 I am writing this post at 4 a.m. for a variety of reasons and it reminds me of another sleepless night a few years back, just after my divorce. It all begins with my family's relocation to the U.S. Virgin Islands when I was five.

Both of my parents were born in New York. My mother, who was born and raised in Brooklyn, is famous for saying almost on cue - whenever anyone asked - that she was a third-generation New Yorker. She has always been very proud of that. My father was born in Harlem, but raised in Queens. This meant that my older brother and I were fourth-generation New Yorkers -- whatever that really means, because my research has found that some of our roots in New York go back further than Mom realized and that other parts of our family tree were not rooted in New York at all. But I digress.

My parents have always been “free-thinkers,” shall we say. Others probably called them "damn fools." Whichever it is, I will always be grateful to them for giving me the gift of the seven magical years we spent in St. Croix.
We moved there in 1969, the year after Martin Luther King, Jr. was killed.
The sixties were an intense period for the country and emotionally draining for many people, including my mom. She wanted something different for us and so after a few scouting trips she and my dad settled on St. Croix.

It changed my life and my outlook on the world in ways that I continue to discover. St. Croix is home. That in and of itself is a gift to someone who has moved as much as I have throughout my life. And I cannot imagine growing up in a more beautiful place. I was aware of its incredible views and vistas even as a child. Sometimes I would just walk along the harbor in town and look out on the blue sparkly water that lapped so gently against the wall. I was mesmerized by it all.

My brother and I adapted to the new climate and culture and the creole. My love of my new home was such that I desperately wanted for it to really be “mine.” Because truthfully, while we were certainly accepted and welcomed there, we were still “statesiders.” It was desire that would stay with me for many years.

Shortly after college, I moved to the Washington, DC area where I found work at a couple of museums. I met some fabulous people and that is where I first learned about researching one's family history and genealogy.
.
A colleague who was also researching ancestors in her family whose last name was similar to that of my maternal great-grandmother passed on a census record (which I must confess I no longer have). That really got me started. To see the past in the present was exciting.

Fast-forward about 15 years, two kids and one divorce later, I was living with my mother in and not sleeping well one night. I got on the internet to research her grandfather that we knew was from the Caribbean. He was probably from one of the smaller islands, my mom used to say. "But he boarded the ship in St. Thomas she would add."

So there I was researching passenger lists from various ships that came into New York at early o'clock in the morning. And I FOUND HIM! I felt like Alex Haley at the end of Roots!

I can still feel the emotion and exhilaration. I cried. There was his name. Last on the list of 22 people (plus the captain) on the S.S. Trinidad. And there in the seventh column under the heading "Native Country" written in Gothic Script  was the name of my beloved island, "St. Croix."